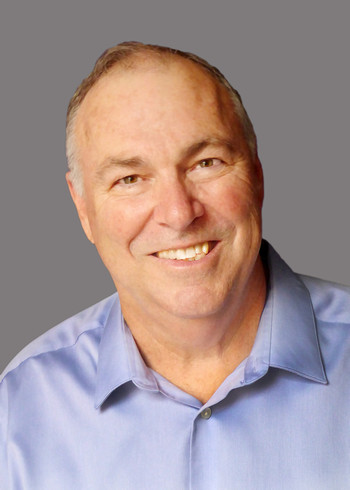 Born in Los Angeles and raised in Orange and Corona del Mar in Southern California, I grew up on the beach, in and on the water, played baseball and golf, became an Eagle Scout, played drums, worked in the grocery business during school and am a graduate of Corona del Mar High School. In 1972, I was drafted into the Army and was stationed near the DMZ in South Korea. I was the battalion legal clerk until I helped form a cover band that became so popular that it became my job until I was honorably discharged in 1974. I returned home and went to college at Orange Coast College, and California State University-Fullerton. After completing college with a degree in psychology and a minor in business, I followed my life-long passion for photography and started the dedicated and deliberate work needed to develop my talent and make it my life's work. To master the photographic craft skills (how), the psychology of photography (why), and the business of photography to succeed, I studied with the very best and, over time, became a recognized, award-winning photographer from local to national and international circles. I have wholeheartedly given back to my profession - to help those as I was helped - by becoming a leading member of the local, state, and international professional photography organizations as a teacher, mentor, and image judge.

I am a Life Member of the Professional Photographers of America (PPA) - the world’s largest nonprofit association for professional photographers, with more than 30,000 members in 54 countries. I hold the prestigious Master of Photography, Photographic Craftsman Degrees and I am a Certified Professional Photographer (which celebrates superior photographic competence through photographic competition, advanced education, and service to the profession) These awards, passing the judges’ workshop and ten years of practice as a local and state judge helped me to become one of only 120 PPA National Affiliate Jurors, from 2001 to 2015.  During each year’s PPA International Competition, we would judge over 5,000 images over four days which allowed me to stay in touch with trends and techniques used by photographers from around the world.

I hold the Fellowship and Service Awards which are the top awards given by the Professional Photographers of California (PPC) and I am a Past President and Lifetime Member of the Professional Photographers of Orange County (PPOC).  I have won numerous awards for my artistry at the local, state, national, and international levels.  One of the highlights was when I received a perfect score of 100 points for my print entitled "Modern Oriental" which became the one and only Grand Award Winner in the Wedding and Portrait Photographers International (WPPI) print competition in 1993. All of these honors and accolades helped me to become a member of the Fuji Talent Team from 1986 to 2011. The team did research and development projects one year and I would teach my peers the next year about the new products around the world. This helped me stay in touch with technological advances in the industry - from the film to the digital era. In 2001, I was asked to teach a portrait photography class at the University of California Irvine Extension Program which I did until 2012.

As I changed my focus from personal wedding and portrait work to commercial assignments for advertising and editorial use, I became a member of the American Society of Media Photographers (ASMP) in 2013.  In 2007, I become a contributor for Getty Images and, in 2013, also joined ZUMA Press, creating and selling a number of editorial images annually on each of their websites.

To sustain my desire to be the best at my craft and to create your visual stories, I keep learning and adapting every day.

I have been married to the love of my life, Karen, since 1980. Together we have lived a wonderful life, enjoying art and cultural events, performances, sporting events, and other life-changing experiences, here in Southern California, and while traveling throughout the United States, and in 50+ counties around the world. We enjoy spending time with our friends and family and giving back to our community.

To see the details of my professional photography career please follow the link. HERE